North Texas commercial real estate building has gone down by fifteen percent this year compared to the first five months in 2017. Residential has also gone down by one percent making that a total of sixteen percent.

Dallas News says the nationwide construction building has gone down three percent with large projects including a Facebook data center in Nebraska, an expansion to Washington State Convention Center in Seattle, and an airport terminal in Salt Lake City.

When DFW makes record breaking construction spending in 2017, there is bound to be a slowdown in 2018. The chart below compares the cost of building in 2018 to 2017 according to Dallas News. 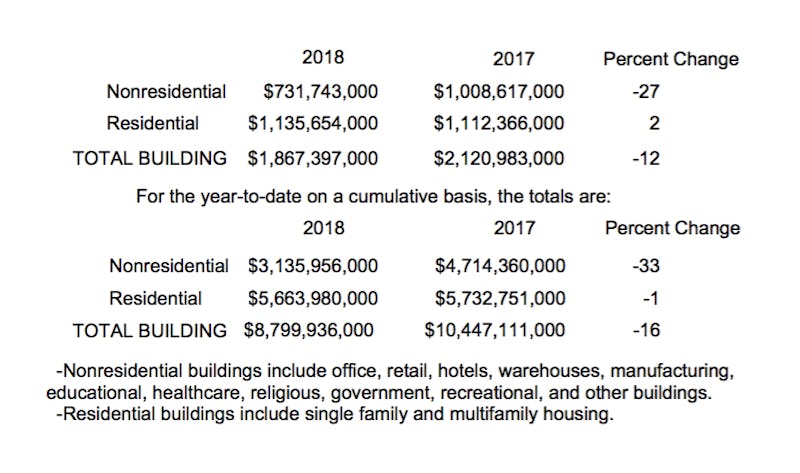