Dallas – Fort Worth falls just behind San Francisco in the office leasing and vacancy markets. Although Dallas – Fort Worth’s leasing has kept up with the competition the building vacancy rates haven’t as much.

Dallas News states, “At the end of the first quarter, D-FW had the highest metro area office vacancy rate of any of the major markets CBRE surveyed. Almost 21% of the area’s offices were empty. Nationwide office vacancy was at 12.7%, the lowest since 2007.”

The office vacancies may be high in DFW, but the office rents are lower than the nationwide average.  The highest rents are in areas such as San Francisco, Manhattan, Los Angeles, and Washington, D.C. 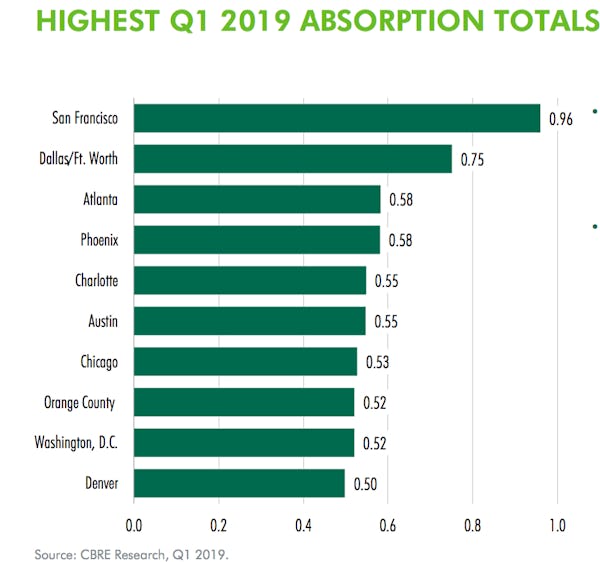