Office rent rates for Dallas-Fort Worth are on the rise. According to Dallas News, office rents were up almost 3 percent from last year. Although the rate may seem high that percentage is lower than the nationwide percentage by 0.4 percent and is much lower than to 10 percent rise in Minneapolis.

Dallas office rent rates are considered a bargain compared to other metro areas. There are plenty of good deals out there for office leases but it requires a lot of work to find them. 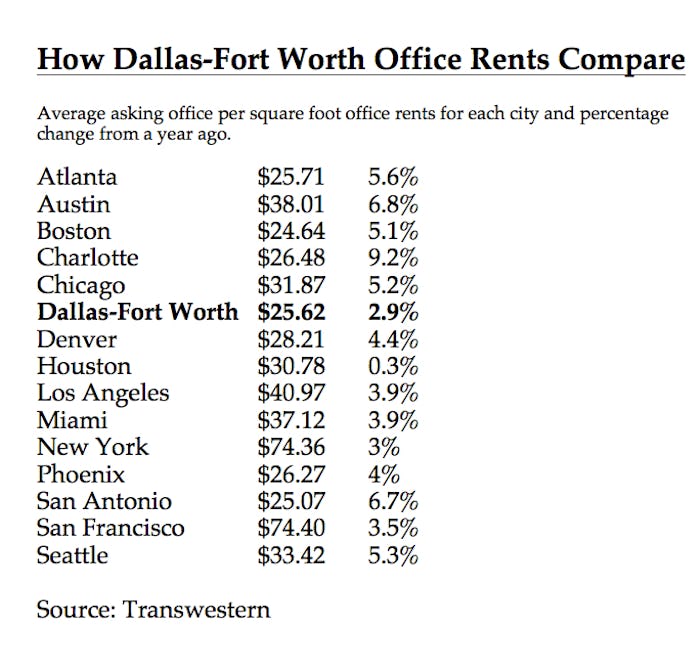